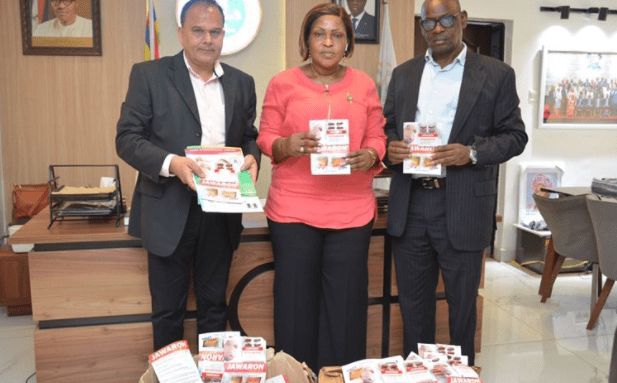 The Lagos State Government’s Office of Civic Engagement has received its first set of drug donations for the Mother, Infant, and Child (MICH) program from a corporate organization.

On Tuesday, Princess Aderemi Adebowale, Special Adviser, Office Civic Engagement, received a donation of 1000 multivitamin capsules on behalf of the State Government in her office in Alausa Ikeja.

While receiving the items, Princess Adebowale stated that no government in the world can meet the demand and wants of its inhabitants on its own, therefore the necessity to collaborate with high net worth individuals and corporate organizations to meet the citizenry’s demands.

She emphasized that the state government would continue to work with the private sector to guarantee that indigent pregnant women receive proper nourishment, as indicated in the MICH program.

According to the Special Adviser, other corporate bodies, particularly pharmaceutical, food and beverage manufacturing companies, as well as non-governmental organizations in the healthcare sector, were urged to support Mr Governor in his efforts to safeguard the State’s future.

Princess Adebowale also appreciated the Jawa Group of Companies for their generosity and for collaborating with the State Government on the program.

Mr Kapoor Surinder, Jawa Group’s General Manager (Marketing), stated that the firm provided multivitamins as part of its Corporate Social Responsibility and in support of the State’s Mother, Infant, and Child program.

He added that the company would continue to promote the “Womb To School” initiative in all sectors with their products.

Also recall that the Lagos State Governor, Mr Babajide Sanwo-Olu, recently launched the MICH program in an effort to improve neonatal brain development from conception to birth and to help indigent expectant mothers in the state meet all nutritional needs for cognitive development and immunity against some killer diseases in children.