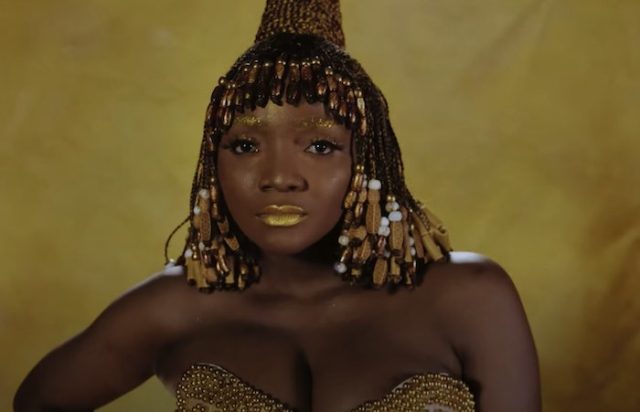 Talented and award-winning Nigerian singer, Simi, began a challenge on the second week of October, with the hashtag #NobodyLikeWoman. The women advocate made mention of some of the struggles and intimidations that women face in society because of their gender and stated that nobody is like a woman.

This encouraged countless women to be vulnerable and share snide remarks and insensitive statements that have been made to them by both men and women with the aim of putting them down, making them feel less, or out of careless banter.

Last week had Instagram rife with numerous black and white pictures of women with texts of shocking statements and conclusions that have been made about them. This made a lot of people aware of the unspoken struggles of women and the attacks they have to regularly put up with.

The singer started the #NobodyLikeWoman challenge ahead of releasing her single ‘Woman’ which was released after about a week, on the 15th of October.

The short but impactful single has deep lyrics that tell what women are subjected to, and also advocates for women. The song leans heavily on afro beat, popularised by the late maestro, Fela Anikulapo Kuti. The tone employed by Simi is defiant and strong, and it achieved its aim of questioning and standing against the stereotypes suffered by women.

A part of the lyrics are:

Suffer suffer for all, amen

She no be like water, water, e no get enemy

If woman no con marry, then she no be woman,

If she no con carry omo, she no be woman

If she no get man for side, den go dey push woman aside

Following the release of her single, Simi, on her Instagram page urged women to celebrate the women in their lives via a Tiktok or Triller video, with a new hashtag, #NobodyLikeWomanCeleberation, and cash gifts for the winner.

She also noted that it’s a celebration and not a challenge. Women, as well as men, have begun to post videos with Simi’s ‘Woman’ playing in the background to celebrate the women in their lives.

‘Woman’ by Simi is on its way to topping the music charts at the moment, as it already has many views, streams, and downloads on popular music and video platforms in less than a week of its release.