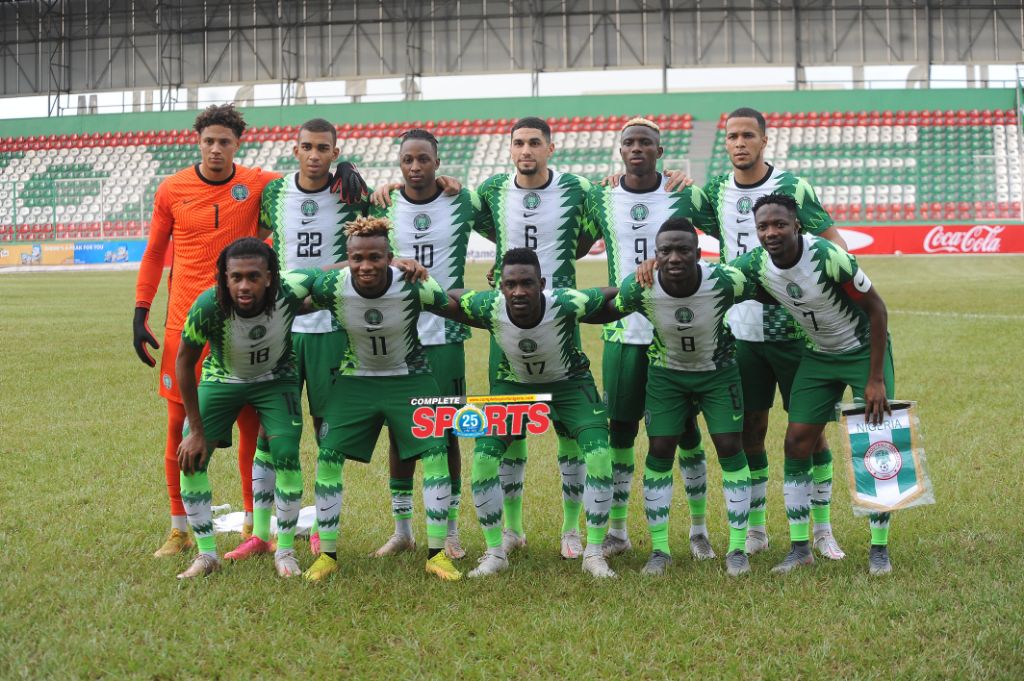 Head Coach Augustine Eguavoen has named his 28-final list of the Super Eagles of Nigeria for the 33rd Africa Cup of Nations (AFCON) taking place in Cameroon from January 9 to February 6, 2022.

This was announced in a statement released by the Nigeria Football Federation on Saturday.

Some of the players invited are Ahmed Musa (captain), Wilfred Ndidi and Victor Osimhen.

“All invited players, bar the UK-based crew, are expected to arrive in camp in Nigeria’s federal capital, Abuja on 29th December, with the UK-based players expected to start arriving on Monday, 3rd January,” the statement stated.