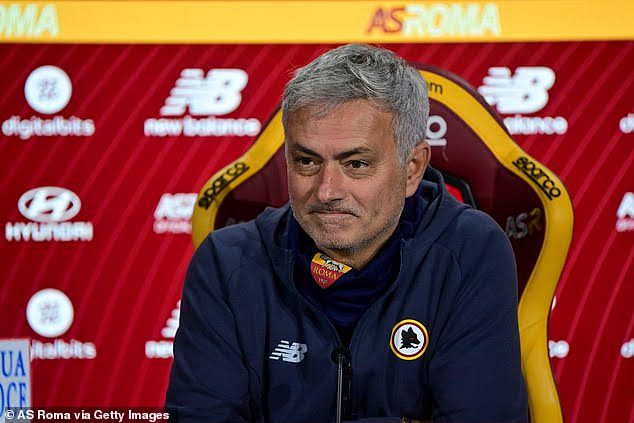 The President of the Nigerian Football Federation,Amaju Pinnick has said Jose Mourinho had held talks about the vacant managerial position for the national team.

The Super Eagles are looking for a new coach after sacking Gernot Rohr shortly before the African Cup of Nations next month.

Despite being in charge for five years, Rohr was dismissed after his side was held to a draw by Cape Verde.

The Nigeria Football Federation (NFF) handed the job over to Augustine Eguavoen, but it is unlikely he will be at the helm by the time the AFCON kicks off in January.

Amaju Pinnick said a new coach would be appointed in the next week or two revealing that Mourinho has been involved in discussions.

“The emphasis on the new coach is discipline. We will look at his antecedents on discipline,” said as per Nigerian news outlet Daily Trust.

“Secondly, we will also look at how hungry he is to win trophies because if they are hungry it supersedes so many things and if he wants to win he will instil discipline.

“We will look at all these things but I cannot make a pronouncement emphatically because I will be undermining my executive committee.

“So, until my executive committee comes out within the next week or so to say this is the name because the technical committee has to bring their presentation to the executive committee. It is going to be a seamless movement to the current team headed by Eguavoen.

“But we have spoken to three top coaches and [Jose] Peseiro, whose name has been going around, is one of the coaches and I can tell you he is a top coach.”

On Mourinho, who only became Roma boss during the summer, Pinnick added: “Of course Mourinho, I am not going to tell you we didn’t talk to Mourinho because we did and the (sports) minister also talked to Mourinho and there is nothing wrong with it.

“If the coach will give us the Nations Cup, he will be drafted in immediately. I am not going to tell you that it will be later, because of what essence is the recruitment? If the executive committee says yes and we are ready, what are we waiting for?

“Of course Mourinho, I am not going to tell you we didn’t talk to Mourinho because we did and the (sports) minister also talked to Mourinho and there is nothing wrong with it.”