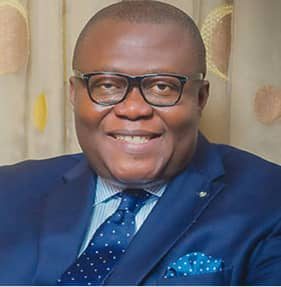 It is becoming increasingly difficult to keep appointments due to incessant delayed and cancelled flights by our local airlines. Delayed flights lead to scheduling difficulties and missed appointments for passengers. Do our airlines really care about their reputation? I doubt it.

From all indications, it would appear the airlines are doing us a favour because we do not have a choice in the matter. This perhaps explains why they are behaving badly. Delayed or cancelled flights come with their own costs and inconveniences to passengers. The airlines apologise which is the standard courtesy but it does not go far enough. Passengers who have paid for their tickets clearly deserve a better deal.

Creating the right customer experience is possible and the management of each airline knows what to do in spite of the challenges in the industry. Passenger traffic has increased in recent times due to several factors that include insecurity on our roads.

Until last week, the Kaduna – Abuja train service was always a joyful ride. My friends and associates who use the service regularly attest to the wonderful experience for a ticket charge that is considered fair and reasonable.

A senior journalist and former editor of Daily Times, John Araka, told me in Abuja last week that he used the train service from Warri to Itakpe before heading to Abuja by road. Araka was full of praise for the train ride, describing the experience as “comfortable, convenient and affordable.”

“But the road trip from Itapke to Abuja was horrible and I feared for my safety,” Araka continued. “I’m flying back to Warri as I do not want to take the risk again.” Araka turned 70 years old on Sunday October 24, 2021. I’m also aware the Lagos – Ibadan train service is applauded by passengers.

With the terrorist attack on the train service from Kaduna to Abuja last week, I doubt whether passengers would be in a hurry to buy tickets on that service and feel comfortable. The attack triggered apathy and trepidation. If the roads and the tracks are no longer safe, what should we do? Travellers have migrated to air travel which they consider to be the safest option at this time – that is for those who can afford the air fares.

The greatest beneficiaries of the “market shift” are the airlines. It is their luck as the spectre of insecurity of lives and property continues to loom large. Indeed, the airlines are quite busy lifting passengers to different parts of the country. On the several flights I have taken, I observed that most seats – whether in the business or economy classes – are usually taken up.

The attrition rate of our airlines is quite high. Where capitalisation of the business was not the problem, you could bet that mismanagement of available resources was responsible for the airlines that disappeared from the radar. Even the airlines that are still struggling to fly and the new ones joining them are not different – they are all behaving badly and passengers are left wondering what next to do.

After Nigeria Airways – what used to be one of the finest airlines in the world – ceased operations in 2003, Okada Airlines owned by Chief Gabriel Igbinedion, the Esama of Benin, became the first choice for passengers. Then it also flew into bad weather and disappeared.

By the last count, there are over 60 defunct airlines in Nigeria – some of them operating cargo services only — and still counting but we can immediately call to mind the following: ADC, Sosoliso, EAS, Chanchangi, Bellview, Triax, Slok, Skypower Express, Space World, Nigerian Eagle, Nicon, Medview, Kabo, IRS, First Nation, Dasab, Capital, Associated, Albarka, Air Nigeria, Wings and so on.

Aero Contractors had a favourable rating for keeping to their flight schedules regularly which endeared the airline to its community of frequent flyers. When Arik Air launched its service with brand new planes, there was excitement in the air and a rush of adrenaline followed. I used Aero a few times but Arik Air was my favourite.

I became a frequent flyer of Arik Air on both local and regional routes that included trips to Ghana and South Africa, as well as a flight to New York. Arik Air was everywhere and it became the equivalent of our national carrier. Arik Air flew to many cities in Nigeria and you could plan business trips and holidays without too much hassle.

Unfortunately, these things don’t last for too long. Before we knew it, Aero and Arik Air became heavily indebted prompting the Asset Management Corporation of Nigeria (AMCON) to intervene to save both airlines.

Although they are still flying, Aero and Arik Air can no longer provide the customer experience that they were known for; they are living on past glory. Arik and Aero are both on life support and they need more oxygen to remain in business. Generally speaking, passengers complain and grumble over delayed and cancelled flights but it is evident customer experience does not mean anything and that is the tragedy of our airlines.

Virgin Nigeria, enabled by Sir Richard Branson, the British-born billionaire and founder of the Virgin Group which includes Virgin Atlantic, commenced operations in Nigeria in June 2005. Let me make a confession upfront: I’m a fan of the global Virgin brand and because I know that a great brand attracts commercial value, I was happy at the prospects of Virgin Nigeria and what it will do for our aviation industry.

With Virgin Nigeria operating out of the Murtala Muhammed International airport in Lagos as their base, the intention as I found out was to make Nigeria the regional hub of West Africa. Flying with Virgin Atlantic was always a great experience and I knew the Virgin brand power – it comes at a cost in the pricing template – would rub off on Virgin Nigeria. And it did.

Initially, the airline was blessed with rapid expansion. Passengers were happy and they were ready to pay – even more – for the same experience they enjoyed when flying outside Nigeria.

But this airline of promise did not last the distance due to high-wired politics. Some “vested interests” wanted a pound of flesh from Virgin Nigeria but Sir Richard Branson refused. He opted to quit after constant “harassments” and he wrote about his experience in his book, “Screw it, Let’s do it”. Like Arik Air, Virgin Nigeria – which became known as Nigerian Eagle and then Air Nigeria – would have been the “perfect” national carrier. By the time Air Nigeria collapsed, there were 13 aircraft in its fleet. What a waste!

The vacuum created by Virgin Nigeria was filled by Air Peace which has shown great promise. Air Peace replaced Arik Air and Virgin Nigeria as my favourite local airline – and it has been so for more than five years.

But I have also suffered unpleasant consequences just like other passengers. Some of my friends and associates have also complained about Air Peace but I let them know that in spite of the numerous disappointments, Air Peace still has the advantage over other airlines and it can also be described as the national carrier we do not have. Air Peace airlifts more than 75% of the passenger traffic to different destinations locally and regionally but it appears this success has also become airline’s albatross.

Air Peace now has a bad reputation for not keeping to its flight schedules and my simple explanation is that the airline is biting more than it can chew. Last Saturday, Air Peace shifted a flight from Abuja to Lagos twice.

The passenger who complained to me is the editor of a national newspaper and he was forced to fly Ibom Air (he bought another ticket) to Lagos as he could not wait for the re-scheduled 9.50 pm flight. The editor, like many others, left Abuja after the All Nigeria Editors’ Conference ended.

I also headed back to Lagos last Saturday. My flight, originally scheduled for 11.05 am, was moved to 1.25 pm. The passengers waited patiently. There was no mention of this flight until 2.14 pm without any apology. We left Abuja at about 3.00 pm. Interestingly, Air Peace was one of the corporate sponsors of the Editors’ Conference.

In one of my trips to Benin City this year, Air Peace sent me a message cancelling my flight. I received the message on the same day – a few hours to the flight time. An Embraer 145 (Hopper) that was sent to Benin well past the scheduled flight time due to “operational reasons” could not airlift all the passengers.

I sent a text message to one of the senior management executives in Lagos but nothing good came out of it. While I was trying to figure out my next move, I received a text message from one of their staff apologising on behalf of the airline. I ended up spending another night at a hotel in Benin City at my own cost. I missed a crucial media engagement on the Sunday evening I could not arrive Lagos.

I have never flown Azman, Max Air, United Nigeria, Overland and Ibom Air. Hopefully, I get to fly them soon. I used to fly Dana Airlines before I switched to Air Peace but my friends speak well of the airline for its promptness and efficiency. I have also received good reports on Ibom Air; so on my next trips to Abuja and Uyo, Ibom Air will be my choice – to at least see things for myself.

The advantage Overland Airways has over other airlines is that it optimised its operations by airlifting passengers from the hinterlands to the cities. That’s a winning strategy for the airline.

Air Peace has so many aircraft – including brand new planes – in its fleet. None of the other airlines comes close in terms of fleet size but the operations of the airline are over stretched by flying to too many destinations. I’m sure Air Peace management may not have any need for agony aunts for their frustrated passengers each time they delay or cancel flights if they are able to optimise their operations for greater efficiency.

Airlines all over the world prioritise safety, convenience and comfort over every other consideration and it is the same thing here in Nigeria. NCAA provides that oversight responsibility. Most flight delays could be due to bad weather or unsatisfactory condition of the aircraft or security breaches.

An airline that is not fit to fly should not fly. This is understandable and it makes sense. However, more often than not, the delay or outright cancellation of local flights is always “due to operational reasons” or “due to late arrival of the operating aircraft”. It is just another irresponsible way of taking passengers for granted.

Braimah is the Publisher/Editor-in-Chief of Naija Times (https://naijatimes.ng)