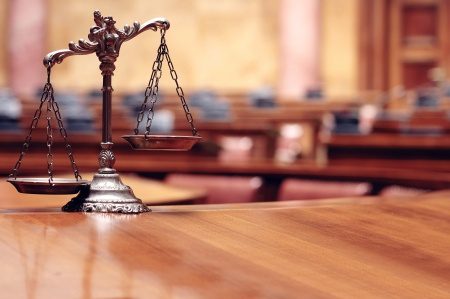 Funmilola Lipede, 28, was taken before an Ikeja Magistrates’ Court in Lagos State on Tuesday for allegedly stealing N165,000 from her employer.

Lipede, a resident of Ojokoro in Lagos State, pleaded not guilty to the theft accusation.

The prosecution’s lawyer, Insp Mojirade Edeme,  told the court that the defendant committed the crime on Nov. 23 at Lambe Bus-Stop in Ijaiye, Lagos State.

She claimed that the defendant stole the money from one Gbenga Ogun.

“The defendant, who was employed as a Point of Sales (POS) attendant, stole the complainant’s money.

“When the theft was detected, the defendant could not give a satisfactory answer on the missing money.

“She was handed over to the police,” the prosecutor said.

According to the prosecution, the offence breached Section 287(7) of the Lagos State Criminal Law of 2015.

The clause provides for a seven-year prison sentence for stealing from an employer.

As part of the bail conditions, the magistrate, O.A. Dirisu, granted the defendant bail in the sum of N50,000 with one surety.

According to Dirisu, the surety must be gainfully employed and provide proof of two years’ tax payment to the Lagos State Government.

The case will be heard again on February 9.