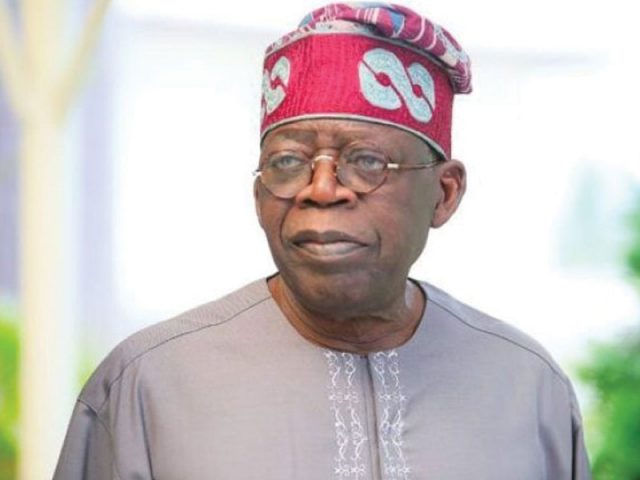 National Leader of the All Progressives Congress (APC) and former Governor of Lagos State, Senator Bola Ahmed Tinubu has assured that he will work with President Muhammad Buhari to ensure that insecurity in Nigeria becomes a thing of the past.

The APC National Leader stated this when he paid a sympathy visit to Governor Abubakar Sani Bello in Minna, the Niger State capital over the incessant activities of terrorists in the state.

Senator Tinubu said “for the country to overcome insecurity challenges, it must get the right technology to fight and eliminate bandits and every criminal element.

He said the present government while awaiting the incoming government would ensure total stability in the country before it winds up.

The former Lagos State Governor commended the efforts of security agencies in curbing the security challenges in the country assuring them that they are not alone in the fight and with determination, victory is sure.

“We are not hopeless, we will take the battle to them and, with prayers and strong determination, we will win the war”, he said.

He also spoke on the issue of cattle rustling saying, there is the need to come up with an improved programme that will encourage animal husbandry.

“To address the issue of rustling, the government needs to put improved systems to encourage animal husbandry”.

The APC National Leader then pronounce a donation of N50 million to the victims of terrorism in the state.

Governor Abubakar Sani Bello, in his remarks, stressed the need to invest in technology to help in finding lasting solutions to the insecurity bedevilling the country.

Governor Abubakar affirmed that the use of advanced technology like satellites is necessary for finding lasting solutions to the insecurity bedevilling the country.

Governor Sani Bello noted that several efforts have been applied in other to address the insecurity but the efforts are yet to produce the desired result.

“We can not continue to fight conventional war, we have to implore the use of technology because conventional war will cause more casualties and loss of security operatives.

“All hope is not lost, but necessary steps must be taken”, he said.

The Governor, while appreciating the former Governor of Lagos State for his visit and donation, assured that it will be judiciously utilized so as to bring succour to the victims of the nefarious attacks in the state.

The APC National Leader was also at the uphill residence of former Nigeria’s Military President, General Ibrahim Badamasi Babangida, where he had a closed-door meeting.

After the meeting, he told journalists that “I came to Niger state to commiserate with the Governor and the people of Niger state. And so, I can’t stop by without paying a courtesy call to the enigma, General Ibrahim Badamasi Babangida (rtd).

“When I made the declaration, I told you that I am still consulting and I will consult as widely as possible”, he added.