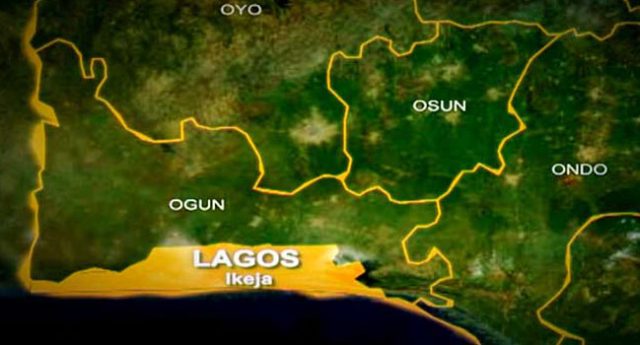 One person is alleged to have died on Monday after a passenger bus went off the road and sank into a canal in Lagos State’s Iyana-Oworo district.

According to witnesses, the commercial vehicle was transporting persons who were believed to be attending a party in the region when the driver lost control of the vehicle on the small bridge leading to the sand filled community.

Coolers and other food equipment were observed to be floating in the murky water, along with other personal goods inside the inverted bus.

Those present at the time of the incident said that all occupants of the vehicle were rescued by passersby.

The rescue attempt was believed to have gone smoothly until the passengers in the vehicle, who couldn’t find one of their own, sounded an alarm.

When officers returned to the accident scene, they discovered the victim, a lady, unconscious. Despite efforts to resuscitate her, she died at a local hospital.