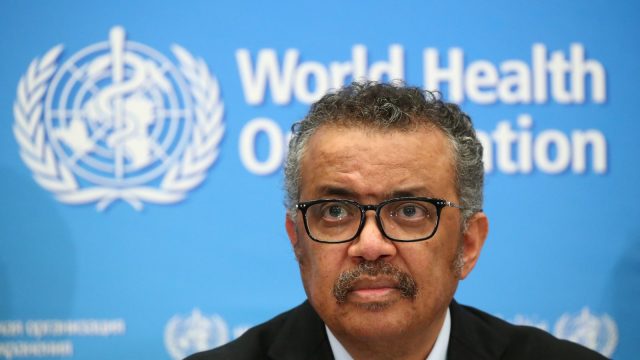 Here are the latest developments in the coronavirus crisis:

– Half of Europe to catch Omicron –
More than half of Europeans are likely to catch the Omicron variant in the next two months if infections continue at the current rate, the World Health Organization (WHO) says.

– China confines third city –
Five million residents of the central Chinese city of Anyang are confined to their homes — the third city to be completely locked down — as the country pursues a strict zero-Covid police.

– Japan extends foreigners bar –
Japan is to extend measures barring almost all new foreign arrivals until the end of February as it battles a virus surge fuelled by the variant.

– Poland’s 100,000 dead –
Poland passes the grim milestone of 100,000 people dead from the virus. The country has one of the lowest vaccination rates in the European Union.

– New Johnston party scandal –
British Prime Minister Boris Johnson is hit again by revelations of another lockdown drinks party at Downing Street after an email emerged inviting 100 staff to ‘bring your own booze’.

– Bulgarian leaders isolate –
Bulgarian premier Kiril Petkov, President Rumen Radev and other officials go into quarantine after being in contact with the parliamentary speaker, who tested positive for the virus.

– Nearly 5.5 million dead –
The coronavirus has killed at least 5,494,101 people since the outbreak emerged in China in December 2019, according to an AFP tally compiled from official sources on Tuesday.

The United States has recorded the most Covid deaths with 839,500, followed by Brazil with 620,091, India at 484,213 and Russia 317,687.
Taking into account excess mortality linked to Covid-19, the WHO estimates the overall death toll could be two to three times higher.