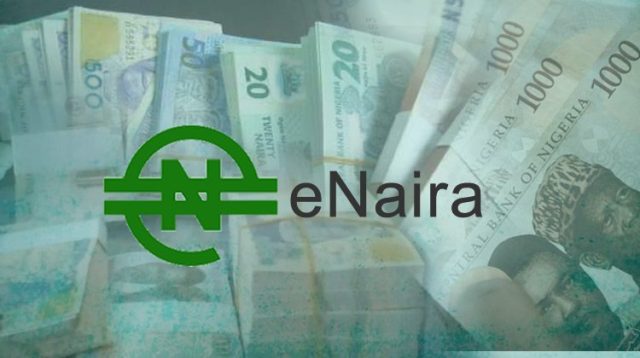 Nigeria is considered the giant of Africa and it has proven itself again. On the 25th of October 2021 the president, Muhammadu Buhari, and the Central Bank governor, Godwin Emefiele launched the highly anticipated eNaira – Nigeria’s digital currency.

This is a huge achievement for the country. It has made Nigeria lead from the front as the first country to launch a digital currency in Africa. Very few countries worldwide have adopted digital currency into their payment and currency management systems. Hopefully, this is a huge step taken in a positive direction by the Nigerian government.

Before the launch, Nigeria is ranked as one of the countries with the highest use/transaction of cryptocurrency in the world. It is only inevitable that the government will take a cue from it and find ways to come up with similar forms of currency. Information surrounding the use and impact of e-Naira on the Nigerian monetary system has made many people curious about the hype around the new digital currency. The government of Nigeria started this project to enable them to keep track and monitor the spending of its citizens amongst other things.

Before going any further on the importance and advantages of the new digital currency to the economy as a whole, there is a need to understand the real meaning of the eNaira and the difference from cryptocurrency.

eNaira is a digital currency created by the government of Nigeria and issued by the Central Bank of Nigeria.

The name digital currency implies that everything regarding the eNaira in transactions will be done electronically. In simpler terms, there will be no physical cash involved. The eNaira is backed by the naira which means it will have the same value as the naira. The eNaira can be accessed through the e-wallet. Every transaction carried out on your e-wallet will not reflect on your bank statement except the transfer of naira from your bank to the wallet when funding your account and vice versa.

What is Blockchain Technology?

The Blockchain can be described as a database or a record book that stores data. As a distributed ledger it stores transactions that have been validated on a blockchain network.  The validated transactions are aggregated and stored in a block; this block is added to previous blocks creating a chain, which is why it is called a blockchain.

What are the benefits of the eNaira?

The eNaira has a lot of potential and benefits to offer the Nigerian economy. With the new launch of the digital currency, the Nigerian government can track and monitor the spending of its citizens compared to its counterpart physical note, which is not possible to do as soon as it enters circulation.

The Nigerian government believes with this new project they will be able to raise Nigeria’s GDP to over $29 billion in the next 10 years. The government also believes this project will give Nigeria’s crumpling naira a boost so as to increase the financial positions and standard of living of its citizens.

More benefits of the new digital currency don’t exclude proper protection of the Naira against devaluation, lowering the conspicuous inflation rate of 16% and suppressing the trading of paper currency in the black market.

Risks associated with the eNaira

Some analysts and economists have taken the time and effort to analyze what this new development means to the citizens. As there are two sides to a coin, where there are profits there will always be risks.

The first risk of concern is Data Security. The e-Naira operations will be done solely online which means you will have to input all your personal information on the platform and if you are not vigilant enough, you might fall prey to malicious scammers. In less than two weeks of launching this platform, all sorts of SMS, Ads, and promotions have been sent to people in disguise as eNaira operatives.

How to Use the eNaira

Amid all the opinions, the Nigerian government has inevitably taken a huge step into making Nigeria a cashless economy and also combating money laundering and financing terrorism. We can only hope that this project reaches its fullest potential and ticks off all the expected goals.

Esohe is a passionate writer and an undergraduate. She enjoys learning new things and writing about her feelings. You can check out her works on her personal medium page @esohebraimah.

10 types of people you will meet in a viewing center

When will the bad roads in Ogun State be fixed? By Ehi Braimah

Waziri Adio is my Man of the Year by Ehi Braimah