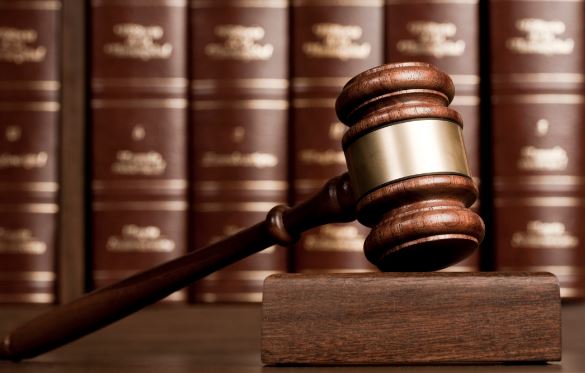 Omoniyi Ogunenika, a 28-year-old computer engineer, was arrested and charged in a Lagos Magistrate’s Court for allegedly stealing from the 1004 Estate in Victoria Island, Lagos.

Despite the heavy protection, Ogunenika managed to sneak into the estate and steal an iPhone 4 worth N100,000 and a Toyota Camry automobile worth N3 million from the complainant, Mr Adedokun Idris.

According to the police, nemesis caught up with the defendant, when the vigilante security personnel on duty apprehended him as he attempted to flee with the stolen goods.

Ogunenika was accused with three counts of stealing in the Tinubu Magistrate’s Court in Lagos.

In a charge marked TC/47/2021, Police Counsel Mike Unar informed the Court that the defendant committed the act on August 1, 2021 at approximately 21:00 hours at 1004 Estate, Victoria Island, Lagos, after the complainant had left home for work.

Unar told the court that the defendant broke into the complainant’s flat to take his iPhone 4 and a Toyota Camry automobile worth N3,100,000 before being captured by the estate’s vigilante security guys as he attempted to flee with the stolen goods.

Unar stated that the crimes were punishable under sections 411, 21 and 287 of the Lagos State Criminal Law of 2015.

The defendant, on the other hand, pleaded not guilty to the allegations and was granted N250,000 bail with two sureties in the same amount by magistrate A.T. Omoyele.

Omoyele delayed the case for mention until October 21, 2021, and ordered that the defendant be held at the Ikoyi Correctional Centre until the bail requirements were met.