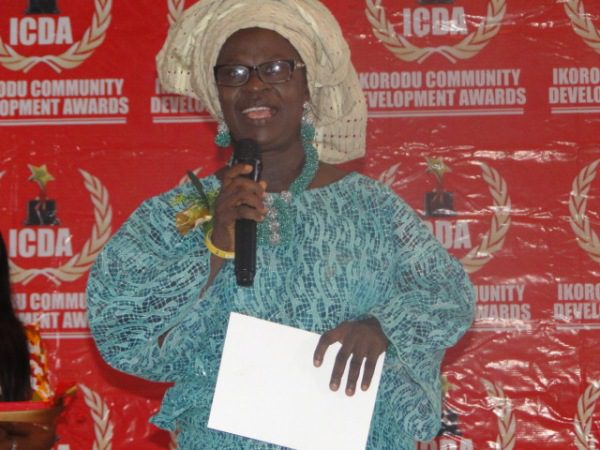 The Lagos State Education District has recognised its members of staff for their outstanding performance in the discharge of their duties towards the development of the educational sector, especially for the excellent performance of students from the District in the last WASSCE examinations.

In the same vein, exceptional students in the District were also recognised for their remarkable academic excellence, particularly the overall best student in the last WASSCE from the District, Adeyemi Emmanuel Ayomide, a student of State Senior High School, Oyewole, Agege, during the District’s 15th annual merit award held at Government Senior College Hall in Agege.

In her address, the Lagos State Tutor-General/Permanent Secretary Education District I, Mrs Titilayo Magaret Solarin, stated that the event was organised to reward members of staff, including teachers, principals and non-teaching staff who have distinguished themselves in their various duties.

According to her, the programme was as a means of motivating the awardees for better performance and to encourage others to emulate them, perform better and improve productivity.

She said: “This event also seeks to ensure and enhance quality and competitive service delivery in-line with Lagos State Government’s policy of acknowledging and rewarding hard work, dedication, diligence, selflessness and excellence, thereby putting smiles on the faces of its staff members”.

The TG/PS noted that choosing the awardees was a difficult task because all workers in the district performed excellently well in the academic year. She, however, informed that the awardees eventually chosen had some distinct qualities including team spirit, creativity, innovation, management abilities and required behaviour, among others.

Speaking on bullying of young ones, Mrs Solarin called on all Principals and teachers to create a safe corridor for students in various schools where any act of bullying by students can be reported and corrective measures taken quickly to nip the act in the bud.

She said: “Bullying is not acceptable in any form or guise and will not be condoned in our school system. In our Public schools, we have engaged our counsellors to speak to students on the evil effect of bullying”.

Announcing that teachers have equally been encouraged not to get involved in any form of bullying of students, Mrs Solarin said “We engage our teachers regularly, as such we don’t have such cases of teachers bullying students in our schools”.

The Chairman on the occasion, Mrs (Dr.) Tokunbo Fayokun, also urged the students to shun all acts of bullying, learn to speak out and stop keeping things to themselves, stressing the need for parents, educators and government to play their part towards raising children who will have mutual respect for their peers.

According to her: “Parents have a lot of work to do. They need to know their children, be their friends and ensure children develop confidence in them to be able to talk and relate with them on all matters”.

The National Information Officer, United Nations Information Centre, Nigeria, Mr Oluseyi Soremekun, said the event is commendable and in accordance with efforts towards the achievement of sustainable development goals, especially for quality education.

The overall best student in the last WASSCE from the District, Adeyemi Emmanuel Ayomide, said the recognition accorded him will serve as an encouragement to do better and continue to achieve excellence in all his endeavours.

He stated success is achieved through diligence, hard work, consistency and believing in oneself.