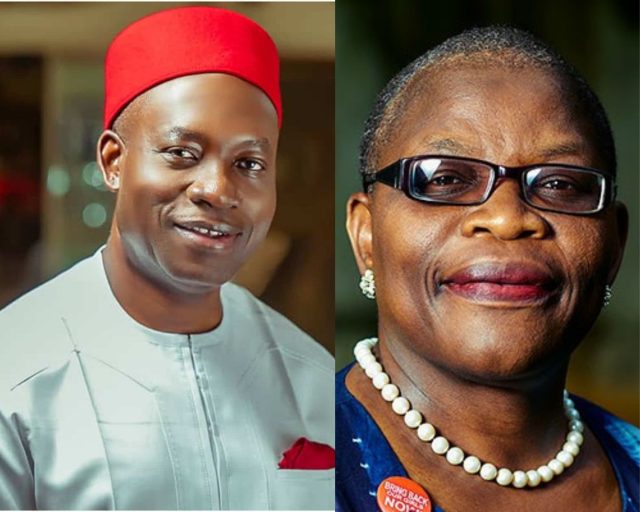 Charles Soludo, the governor-elect of Anambra State has appointed Obiageli Ezekwesili former Minister of Education as the head of a transition team ahead of his takeover from incumbent governor, Willie Obiano.

Mr Soludo, an ex-CBN governor was declared winner of the November 6, 2021, governorship election in Anambra under the All Progressives Grand Alliance (APGA) after defeating his closest rivals, PDP’s Valentine Ozigbo APC’s Andy Uba.

Although the governor-elect is yet to make a formal announcement, official sources familiar with the development revealed that Mr Soludo who would be sworn in as the state governor in March has appointed a transition team that will be headed by Mrs Ezekwesili.

According to the sources, the inauguration of the transition team will be held on January 20, at Agulu Lake (Golden Tulip) Hotel in Anambra.

As head of the transition team, Mrs Ezekwesili alongside her team who are yet to be known is expected to develop a transition plan, ensure its implementation to ensure a smooth and successful takeover of Mr Soludo’s administration.

Mrs Ezekwesili earned a worldwide reputation as a social justice crusader after she led the campaign to #BringBackOurGirls after 276 Christian female students were abducted on April 15, 2014, in Chibok town Borno State by Boko Haram terrorists.

In December 2021, she was given an international appointment as she became a member of the Board of Directors of Nexford University, Washington D.C., United States. In March 2007, she was appointed the vice president of the World Bank.

LagosPost is empowering Lagosians with credible and trusted information that will keep them informed, knowledgeable, educated and, most importantly, be aware of Everything Lagos.
Contact us: [email protected]st.ng