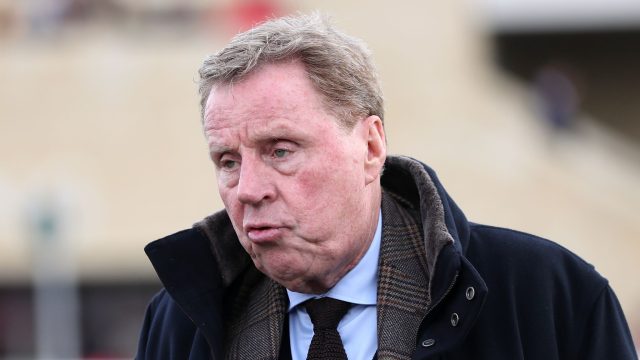 Harry Redknapp is in no doubt about who’s better out of Harry Kane and Romelu Lukaku, saying the Tottenham hotshot is ‘on another level’ to the Chelsea man.

The pair are likely to be on show this weekend as Chelsea entertain an in-form Tottenham on Sunday.

Neither player has enjoyed a particularly good season so far but ex-Spurs boss Redknapp believes Kane is showing signs of returning to his best.

“Harry Kane was fantastic against Leicester, I know he hit some shots over the bar from decent positions but his general play and the goal was absolutely top drawer, what a finish,” Redknapp told talkSPORT Breakfast.

“There’s no comparison between the two frontmen, Harry Kane’s on another level to Lukaku.”

talkSPORT’s Alan Brazil, who was a prolific goalscorer in his days at Ipswich, added that Lukaku should look at Kane’s game to see where he can improve.

“The ball gets played up to Lukaku and it comes straight back off him,” Brazil said.

“Look at Harry, the way he holds it. He gets his body in the way, he’s strong, he keeps possession but Lukaku’s the opposite at the moment. It’s a part of his game he could really improve on.”

The Belgian has endured a miserable return to Stamford Bridge since completing a big-money move from Inter Milan in the summer but Gabby Agbonlahor doesn’t believe it’s all his fault.

Agbonlahor believes Lukaku isn’t getting the service he needs to thrive, claiming he got none during Chelsea’s draw to Brighton on Tuesday night.

The former Aston Villa striker also suggested his teammates haven’t forgiven him for his controversial interview, where he admitted to being unhappy at Chelsea and expressed a desire to go back to Inter, in December.

“The only way he was going to score is if he got the ball, took a couple of players on and got a shot off. He was getting no service, he was starved of any service from anyone.

“I’ve noticed with Lukaku over the last two games it feels like his teammates aren’t passing to him. He must have arm ache with the amount of times he’s put his arms up for a pass, a cross, a lofted through ball.

“Chelsea just play this keep ball football and I feel sorry for Lukaku. There’s something going on there, perhaps they’ve not forgiven him for what he’s done, you could see his frustration with Hakim Ziyech.

“No Chelsea striker’s going to score in that team.”