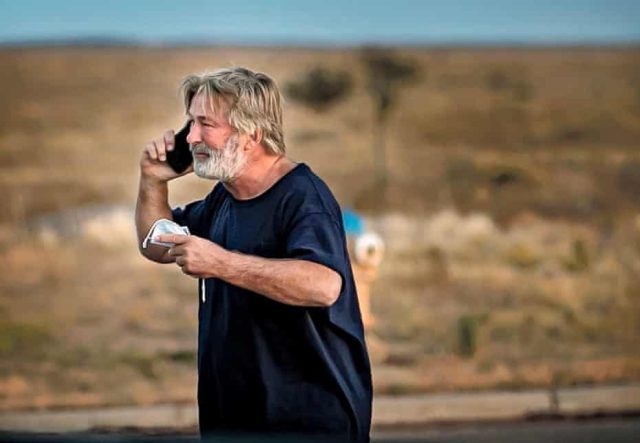 Following the accidental shooting that occurred on Thursday, 21st October on the movie set of ‘Rust’ in New Mexico, court records revealed the gun that Alec Baldwin fired was handed to him by a director who told him it was safe.

The assistant director, Dave Halls, was not aware that the prop gun contained live rounds and indicated it was unloaded by shouting “cold gun!”, the records say.

Earlier on Friday, Actor, Alec Baldwin broke his silence on the accidental shooting.

He shared in a statement that he was heartbroken for the Hutchins’ family and was complying with the police in the ongoing investigation.

The actor tweeted, “There are no words to convey my shock and sadness regarding the tragic accident that took the life of Halyna Hutchins, a wife, mother and deeply admired colleague of ours.
“I’m fully cooperating with the police investigation to address how this tragedy occurred and I am in touch with her husband, offering my support to him and his family. My heart is broken for her husband, their son, and all who knew and loved Halyna”.

According to a county sheriff’s affidavit filed in a Santa Fe magistrate court, the shot hit cinematographer Halyna Hutchins in the chest, and director Joel Souza who was behind her, in the shoulder, killing the cinematographer, and injuring the director.

Co-produced by Baldwin, ‘Rust’ is set on a 13-year-old boy who goes on the run after accidentally killing a local rancher. Baldwin starred in the lead role as a notorious outlaw named Harland Rust.

The filming of the movie has since been suspended indefinitely, with investigations in progress.