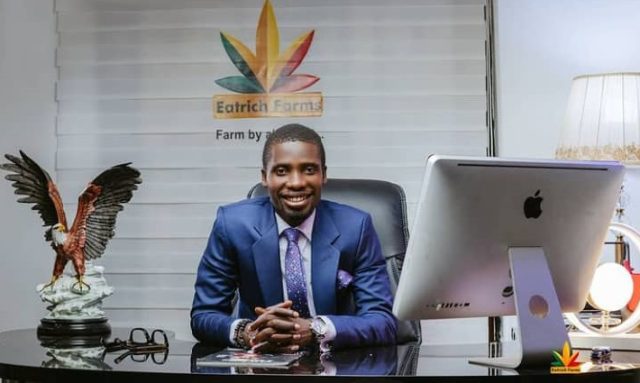 Over 250 investors may have lost their life savings after the collapse of a business scheme run by an agro firm, Eatrich Farms and Food Limited, Lagos State.

They have expressed worry over their unpaid dividends and capital and the disappearance of the company founder, Sam Afolabi.

The investors, who noted that the company promised certain returns on investment for a particular duration of period, said the founder used some celebrities and Nollywood actors to lure people to the scheme.

Among the promoters were a Nollywood actor, Muyiwa Ademola, and a social media influencer, Blessing Akuakanwa.

One of the victims, Emeka Asoegwu, said he invested N1m after he learnt that the firm was insured.

He said, “In May 2021, I invested N1m into their water plant production, which was supposed to run for six months, after which I should get my capital and return on investment, which was about 30 to 35 per cent. Around July, there was a call out by one of the investors, who had breast cancer and needed urgent treatment, but she could not access her funds. I started asking questions from their brand influencers why she could not access her funds and I was told that nothing happened. I was reassured that all was well with the company.”

“I was relaxed because my investment had not matured; but when a similar thing happened to another investor that he could not access his money when the investment matured, people got alerted that something was wrong with the company and a Telegram page was created. Many affected investors joined and that was when we got to know how serious the issue was.”

Asoegwu said the investors became worried after the founder went silent, adding that attempts to reach him on the phone were abortive as he switched off his line.

The 32-year-old noted that it dawned on the investors that they might have been defrauded when they discovered that the Ikoyi office of the company was locked.

“Sam (Afolabi) said the company was insured with Leadway Assurance and when we checked Leadway Assurance database, we saw that Eatrich Farms was actually insured. But in the middle of this crisis, Leadway came out to make a disclaimer disassociating themselves from the company.

“I’m just trying not to let the whole incident overwhelm me because that is the money I want to use to further my studies,” he added.

I learnt that some of the investors wrote a petition to the Force Criminal Investigation Department, Alagbon, Ikoyi, and some of the celebrities were invited, but none of them showed up.

Another investor, who identified himself simply as Olu, said he invested N2m in two different agro schemes.

He noted that all efforts to contact the company owner had been abortive.

“But before they disappeared, one of their agents called me that they had another investment on a fish pond; that a fish pond would be opened for me if I invested 2m and I would have returns on it forever. So, at that point, I was sceptical because I knew it was not possible. I called the person that introduced me to them to tell her about it and we started researching on them and that was how we got to know that a week before then, the company had collapsed.

“I got the number of the owner and called to ask what happened and he said they only had an issue of money and that they were going to pay me. He convinced me that there was no problem, but we never got our money.”

The United Kingdom-based investor, who told our correspondent that a group was created and over 250 investors claimed to have lost N20bn to the scheme, added that some of the investors were sick and in critical need of money.

He added, “It was in the group that I got to know that some media influencers like Muyiwa Ademola and Blessing Akuakanwa were involved and this made a lot of people invest in the scheme because of people of integrity that were acting as his ambassadors.”

One of the investors, who spoke on condition of anonymity, said she made her brother who resided outside the country invest in the scheme, not knowing that it would fail.

She said, “I invested N500,000 and my brother invested N1.2m. This scam has affected me because the money was meant for my business. I can’t go to my shop anymore because there are no goods there again; I’ve sold everything. My brother is on my neck because he does not want to believe I didn’t know anything about the scam and I can’t even tell him that my money was also there because he was not even aware that I invested.”

He said, “Leadway Assurance has an insurance relationship with Eatrich Farms by way of insurance covers for their various agric projects ranging from poultry, fishery to crop farming projects. As of today, we only have one Eatrich insurance policy currently running with Leadway which is fishery insurance for catfish. Please be informed that Eatrich Farms is using Leadway’s logo without its consent.

“As of today, only one Eatrich insurance policy currently runs with Leadway which is fishery insurance for catfish farming. Leadway Agriculture Insurance policies do not cover Eatrich Farms investors’ funds or their investment schemes. Our policies cover only the farms and products. Eatrich Farms is solely responsible to its investors. Our policy only covers losses suffered on the farm and not their investments.”

Eatrich Farms’ lawyer, Yinka Fadipe, confirmed that the company was having issues paying investors, adding that Afolabi was making efforts to get money.

He said, “A lot of people invested in the company and the company has been for a while now and has paid out much money to investors; the company has infrastructure. At a point, the company was affected by some government policies. The loan the company relied on that had been pushed to a certain point never came out and the intention of the CEO was that while he was putting down infrastructure and doing a little bit of agriculture, he would also get this long term loan to offset investors’ funds, which are short term. Unfortunately, that loan has not come out.

“He said he has a presentation in front of a financing organisation and it has passed some stages. We are hopeful that all the loan applications he has on his table will come through. He’s working sleeplessly to ensure that these investors get paid.”

On why the company’s office was locked, Fadipe stated that some workers who resigned from the firm vandalised its office and attacked the general managing director.

One of the brand ambassadors, Akuakanwa, said she had also written a petition to the EFCC to investigate the activities of the company.

She said, “I also invested and if I didn’t think the business was genuine, I would not have put my money in it. The same way their money is stuck, the same way my money is stuck as well. I have taken legal action as a person and also on behalf of people that reached out to me saying they invested because I posted; I included their names in the petition I filed to the EFCC and the police.”

Ademola, who described the situation as unfortunate, told our correspondent that all efforts he made to ensure that Afolabi paid the investors proved abortive.

He said, “When the complaints kept coming, I started talking to him from time to time to ask what was happening and at a point, he said they were having problems that he would sell a few properties to settle the debts. I told him that he should let the people know and that they should not suffer for his bad luck or incapability; he should let them know that they would get their money.

“When the dragging was too much, he said he was taking me off the ambassadorial duty for now and I told him that it was not enough and that he should make a video saying that I do not know anything (about it) and that he even owed me money. I asked him if his intention was to scam people and he said no, that business went bad and I kept telling him to get himself together, attend to people and pay them their money.”

The Head of Media and Publicity, EFCC, Wilson Uwujaren, said the agency would look into the petitions.

Paternity fraud: An age-long phenomenon risen on the wings of technology and social media

A wake-up call to fix the boy child