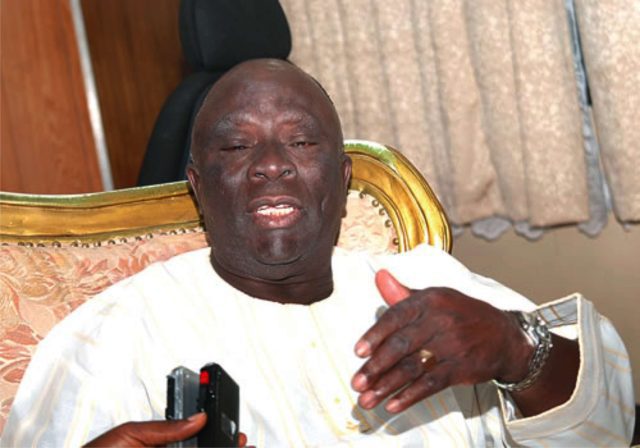 The leader of the Yoruba socio-political organisation, Afenifere, Ayo Adebanjo has said the group will not support Bola Tinubu or any other candidate for presidential ambition. Adebanjo also gave reasons for this action.

Adebanjo said Afenifere will not support Tinubu or any candidate until the constitution is changed and the country is restructured, adding that the group won’t queue behind any presidential candidate.

While addressing newsmen in Lagos, Adebanjo, emphasised that Tinubu has the right to run for the presidency in 2023.

“Your man has every right to contest the election, he is not disabled, so what is the big deal about that?

“We have no candidate now until that constitution is changed because I don’t want to go on an uncharted sea that is the implication now.

“That’s the bone of contention and which President Buhari himself has not disputed. The constitution we have is a military one.”

On Monday, LagosPost reported that Tinubu made his presidential ambition public after he had officially informed President Muhammadu Buhari of his intention to run for the Aso rock seat.

The former governor of Lagos State made this declaration at the State House, Abuja.