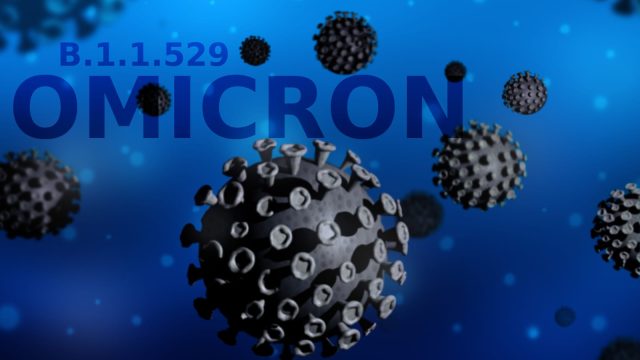 The past few weeks have seen the emergence of a new variant of COVID-19, called the Omicron Strain.

On November 26, the World Health Organization (WHO) designated a new coronavirus variant B.1.1.529, a variant of concern, and named it Omicron.

Researchers in South Africa had a day earlier brought the variant to the world’s attention, citing research from the Network for Genomics Surveillance member laboratories which had detected a new virus lineage in samples from Gauteng province in mid-November.

Instead of commending efforts of South African scientists, hailing its government’s transparency, and coming up with constructive ways to combat the new strain, the European Union, the United States, and the United Kingdom imposed a travel ban on southern African countries.

In spite of the Omicron strain being reported in South Africa and Botswana at first, the travel bans targeted other southern African countries that had yet to record a case.

A few days ago, Canada extended a ban to Nigeria, as it says the first 2 recorded cases were from visitors to Nigeria. Recently, the United Kingdom also placed a travel ban on Nigeria.

As it is, these decisions were taken when there was still little information on the transmissibility and severity of the Omicron variant or even its origins.

This has incited a lot of condemnation of the ban, as the Nigerian Government and other known bodies and individuals have called for a lifting of the ban, as Nigeria deserves better treatment from the British Government.

Perceptions that Africa is a “source of disease” have also driven Western efforts, especially by the media, to blame the Omicron variant on South Africa.

There have been contradictions in this theory, like European countries detecting cases of the variant in people who had not traveled to South Africa. Still, this has not stopped the ban imposed on African countries.

Recall that during the colonial era, race-based segregation was imposed across Africa in order to keep “white” officials separate from Africans who were considered to be “carriers” of diseases, such as plague, smallpox, syphilis, sleeping sickness, tuberculosis, malaria, and cholera.

It now appears that this is a new way of the same old segregation, as the new variant is prevalent in European countries and not African countries. Also, when the AIDS epidemic broke out 40 years ago, travel and residency restrictions were imposed on people with HIV without any public health rationale. These restrictions led to deportations, denial of entry into countries, loss of employment, denial of asylum, and increased stigma and discrimination, which disproportionately affected Africans.

These bans suggest that African countries have now become the epicenter of COVID-19, which is far from reality. This not only draws attention away from Western public health failures and rising numbers of infections but also diminishes the efforts of African health authorities and local health systems to contain the spread of the virus.

With all of these, the emergence of new variants across the world, and the growing COVID-19 death toll among unvaccinated populations have not discouraged the West from pursuing vaccine hoarding and vaccine nationalism policies.

For more than a year, African political leaders, scientists, and activists have been calling on the wealthier nations, to end what has been called “vaccine apartheid”.

The African Public Relations Association (APRA) has condemned the ban of African countries by Europe and Canada.

It released a statement that reads, “Since the dismantling of apartheid in South Africa, nothing has evoked a throwback to that dark era in history as the current discriminatory travel ban against Africa by Europe and Canada at the outbreak of the Omicron variant of the COVID-19 virus. Interestingly, of all the continents, Africa has the lowest infection and mortality rates.

“The current ban, which started with South Africa and now extended to 13 other countries, is completely illogical, considering that China, the United States, and Germany are the leading Red Letter COVID territories.

“The African Public Relations Association aligns itself completely with the position of Dr. Akinwumi Adesina, President of the African Development Bank, on the unfair, unjust, and ridiculous tarring of Africa: “Singling out African countries is very unfair, non-scientific and discriminatory.” he said.

“What is happening is nothing short of travel apartheid which will hurt African economies, further endanger lives and threaten livelihoods. If the world is looking for a COVID scapegoat, Africa is the least qualified candidate because, as scientific findings show, the continent is still the safest place to be. That may not be pleasing to the more developed economies of the world, but it is the truth.

At a time that Europe and America are entering the winter season when there are fears that COVID-19 casualties will increase significantly, it is laughable that Africa is being singled out for a ban.

The African Union should speak up now. African leaders must rise up in defense of the continent.

We call on the World Health Organisation (WHO) to prevail on those countries which have imposed unjust travel bans on African countries to lift such discriminatory restrictions immediately. Covid-19 should not be an excuse for a reintroduction of apartheid in world affairs.”

For a world constantly facing public health threats, measures like this are not the way forward. It is becoming obvious that this global pandemic also feeds on discrimination and marginalization.

These global health inequalities rooted in agelong colonial histories need to be curbed.