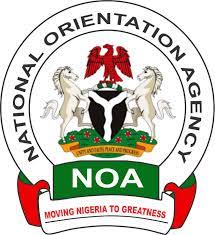 The National Orientation Agency (NOA) in Lagos, has initiated a program to educate young people about drug abuse, political thuggery, and other types of violent extremism.

The Lagos State Director of NOA, Mr Waheed Ishola, spoke at the event and asked parents to take responsibility for establishing good morals in their children.

The NOA boss also urged the youth to avoid using narcotics to minimize the degree of criminality in society.

“The use of drugs by our youths is on the increase and has become alarming; it is drugs that predispose them to commit a crime such as kidnapping, banditry, robbery which has now become an order of the day,” he said.

He explained that the campaign began in Mushin since the area was known for illegal drugs, political thuggery, and other social vices.

While speaking, the Chairman of Mushin Local Government, Emmanuel Bamgboye, stated that criminality was common in Mushin due to the population density and volatile character of the place in his goodwill message.

“We are sure that Mushin will be better at the end of this programme and the forthcoming election will be seamless,” he said.

She stated that though training a child is a joint responsibility, she also believes that women have a critical role to play in boosting a child’s self-esteem and shaping society.

“Charity begins at home; there is nothing as ‘area boy’ as they are called but it is ‘area father or mother’ because it is the parents who have failed in their responsibility to bring up the child in a Godly way,” she said.

She stated that the NDLEA was taking a holistic approach to the problem, collaborating with sister agencies to make arrests and seizures in order to restrict the supply of illicit substances.

The Deputy Commissioner of Police, Lagos State Command, Ahmed Kontangora, also urged for stricter legislation on the sale and use of narcotics, tobacco, and alcohol by teenagers and youths.

According to Kontangora, drug suppliers are the most guilty party in the drug trafficking chain.
To halt the surge, he revealed that the Lagos police had launched enormous raids on criminal hideouts and concentrations.

He maintains that if youths are constructively engaged and empowered, they will be less likely to use drugs, which will help the country flourish.