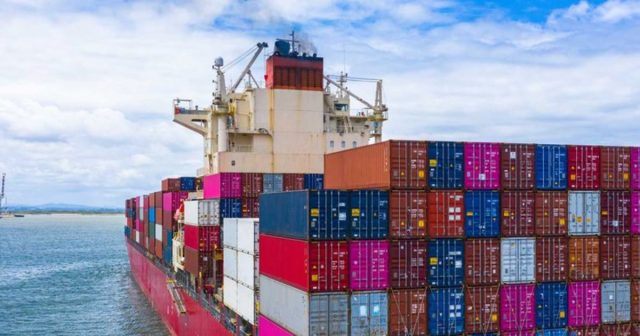 The Shippers Association of Lagos (SAL) has lamented the lack of empty containers to convey products detained in China into Nigeria, citing it as one of the many issues confronting their industry.

In an interview in Lagos on Monday, Jonathan Nicole, President of SAL, stated that Nigeria has over 10,000 idle containers that are useless since they cannot be moved to China and Europe to bring in commodities.

SAL also bemoaned the lack of support from the state and federal governments, saying that they had given so much and expected the government to reciprocate with some pallatives for shippers.

Shippers, according to the organization, pay too many invoices, adding that what they used to spend as little as N10,000 on has now risen to almost N200,000.

They also criticized the poor pace of current construction work at the West Minister end of the TinCan Island road, stating that if proper precautions were not followed, the TinCan Island Port might be affected.

“The bad road makes our goods fall off the trucks and this is a big challenge for shippers because their goods are not guaranteed. Insurance will say it’s a natural consequence because the roads are not part of what they insured,” the organisation said.

The shippers stated that if the government addressed the issues they were facing, their industry would be eager to contribute to Nigeria’s economy in the same way as oil and gas and customs were.

Mr Nicole stated that if customs can create N2 trillion, organizations such as the Nigerian Ports Authority (NPA) and the Nigerian Maritime Administration and Safety Agency (NIMASA) can also generate large sums.

“Looking at the income of the Nigeria Customs Service, they were able to rake in N2 trillion. It shows how dynamic Nigerian importers and shippers are.

“In spite of the enormous challenges, the constant increase in income of the customs remains the same. So we commend the efforts of the trading community. They have done well.

“We feel that we should have been able to do more to support the government but the challenges are enormous and sometimes we wonder if the country cares, because the bills we pay are also enormous.

“This is in spite of the fact that we try as much as possible to cooperate with government regulations and keep up with the expectations of government,” he said.

The group stated that there were many protests with shipping and terminal companies that raised their costs in 2021, and that the government needed to fine-tune the cargo clearing processes.