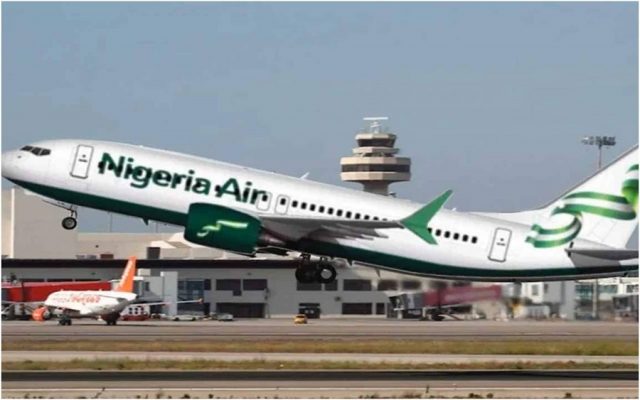 Minister of Aviation, Hadi Sirika, has said that the proposed national carrier, Nigeria Air, will begin flight in April next year.

The development came three years after the Federal Government announced plans to establish a new national carrier, following the liquidation of the Nigerian Airways in 2003.

At the end of a virtual Federal Executive Council meeting presided over by the President, Major General Muhammadu Buhari (rtd.) at the Presidential Villa, Abuja, on Wednesday, Sirika told State House correspondents that the Federal Government would own not more than five percent equity stake in the national airline.

According to him, Nigerian entrepreneurs will own 46 percent shares while international strategic partners will own 49 percent stake.

The minister said his ministry presented two memoranda which were approved by the FEC.

“The next one also is the approval of the outline business case for the establishment of the national carrier and this is the sixth time the memorandum appeared before Council. The sixth time, we got lucky to be passed by the Council.

Sirika noted that a 49 percent stake would be held by strategic equity partners that would be sourced during the procurement phase.

He added, “This airline if started, within the first few years will generate about 70,000 jobs. These 70,000 jobs are higher than the total number of civil servants that we have in the country. Its importance has been well discussed, so; I’ll not go back to it. You had discussed it separately also on various fora as to the need for it.”

Speaking about the second memo, the minister said, “Today in Council, civil aviation presented two memoranda. The first one is approval for the award of contract for the provision of Automated Civil Aviation Regulatory Equipment, including software support and training, which will be located in Nnamdi Azikiwe International Airport.

“It is called ‘the truth machine’ in Europe because all of the truth of the regulation of civilization will appear on this platform. It’s extremely important software that the world has now come to terms with.”