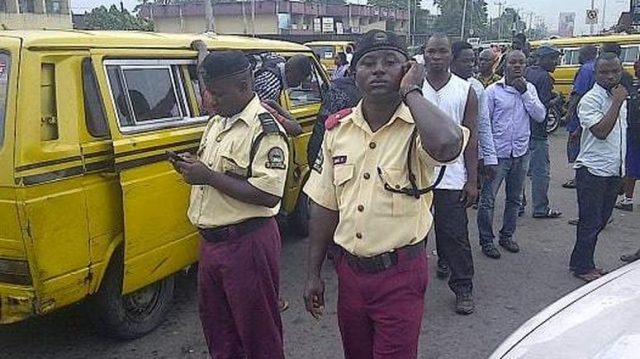 The Lagos State Traffic Management Authority (LASTMA) has released a statement on the alleged killing of a woman by its officials while impounding a vehicle.

The statement which was published on the Lagos state website reads “The attention of the management of Lagos State Traffic Management Authority (LASTMA) has been drawn to a video clip alleging that a vehicle impounded by officials of the Agency for gross violation of the traffic law was involved in a fatal accident that killed a lady on Saturday, October 23, 2021, at Brewery approaching Iganmu Bridge.”

LASTMA said the officials who were involved have been named and an investigation has begun. “Following the incident, the agency has identified the officers involved and summoned them to the headquarters for immediate investigations.

“The outcome of investigations will determine further disciplinary action in accordance with the Lagos State Civil Service Rules and possible prosecution by the Nigeria Police.

“LASTMA management will ensure due diligence in its investigations and remain objective in decisions taken on actions of recalcitrant staff.

In the statement, LASTMA urged the general public to report unruly officers as such actions would not be tolerated.

“While commiserating with the family of the deceased, the Agency urges all members of the public to always report the activities of overzealous and unruly staff, who engage in activities that violate the professional standards set by the State Government.

LASTMA promise to make the outcome of investigations public and “continue to ensure the seamless flow of traffic on Lagos roads.”