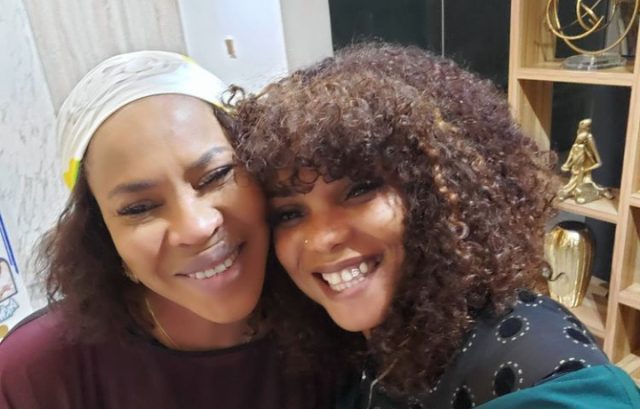 Popular Nigerian actresses, Iyabo Ojo and Faithia Williams on Tuesday ended their rift which has been ongoing for about two years.

Iyabo, who noted that she wants to follow Faithia on Instagram appreciated the Lagos State Chairman of the National Union of Road Transport Workers, Musiliu Akinsanya, popularly known as MC Oluomo.

The actresses in a post on their social media page also appreciated veteran actor, Olaiya Igwe, in their reconciliation messages.

Iyabo Ojo wrote, “It’s all peace and love, Faithia Williams. How we would follow each other back on Instagram is what’s remaining. Instagram experts, over to you. Thank you @kingmcoluomo, @olaiyaigwefilms.”

The appreciation of MC Oluomo and Olaiya Igwe by both actresses might be an implication that they played an important role in their reconciliation.