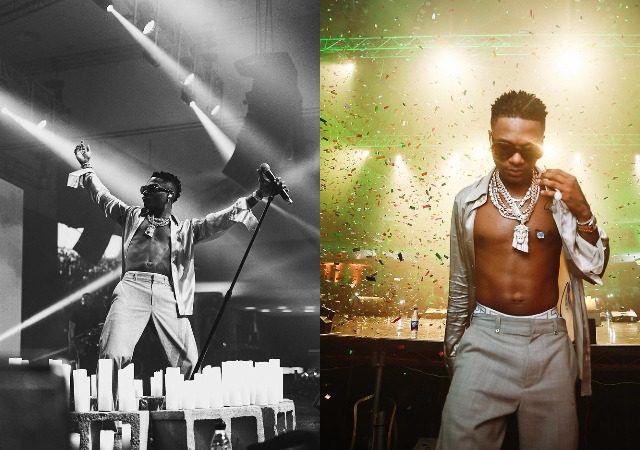 Grammy award-winning superstar, Wizkid Balogun adds his comment weighs on the ongoing dispute between the Ghanaian and Nigerian music industry during his recent sold-out concert in Ghana.

This comes amidst the dust raised by the dancehall singer, Shatta Wale, who condemned Nigerian singers for their unsupportive relationship with the Ghanaian music industry.

During the conclusion of Wizkid’s sold-out concert in Ghana, the singer quenched the brawl between the sister countries as he emphasizes the inseparable bond both countries share.

“It’s all love, One Africa, Ghana, and Nigeria we are one, we are the same people,” he said.
In recent news sensational Nigerian singer, David Adeleke, popularly known as Davido, melted the hearts of his fans as he was seen in a recent video of him spending quality time with his daughter, Imade and Tiwa Savage’s son, Jamil.

The father of three really had a fun-filled moment as the two kids never ceased to put up their childish and humorous display which got the singer laughing out loudly.

In the clip, Jamil and Imade could be seen leaping like excited puppies while singing some trending jams including the recently released ‘Champion Sound’ track done by Davido and Focalistic.

Filmmaker speaks against treatment of Nigerian movie marketers in Ghana

I’m actually a ‘mami water’; Africans take it seriously but it is not — Precious Chikwendu