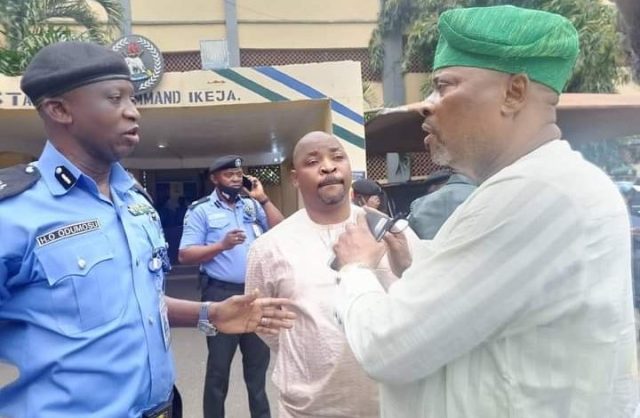 The Special Adviser to the Governor of Lagos State on Transportation, Mr Oluwatoyin Fayinka, has said that the State Government’s First and Last Mile (FLM) initiative is not negotiable.

He made the declaration at a consultative meeting with the Commissioner of Police, CP Hakeem Odumosu; Leader of the Nigerian Union of Road Transport Workers (NURTW) Lagos Chapter, Mr Musiliu Akinsanya, and representative of the Road Transport Employers Association of Nigeria (RTEAN), Mr Albert Omotayo, Deputy Chairman (OPS), held on Wednesday at the State Police Command in Ikeja.

The purpose of the meeting, according to Fayinka, was to seek further the full cooperation of the transport stakeholders in the State on the smooth operation of First and Last Mile (FLM) buses launched by the State Government to improve inner-community routes.

The NURTW and RTEAN were urged to cooperate with LAMATA (the Lagos Metropolitan Area Transport Authority) to ensure the smooth operation of the FLM buses working in some areas of Lagos.

While stating that the State Government will not tolerate any form of harassment from individuals or unions regarding the smooth running of the buses along the designated routes, the Special Adviser asked LAMATA to fulfil its obligations towards the transport unions.

Also speaking, the Commissioner of Police, CP Hakeem Odumosu, assured the stakeholders of his unflinching support by directing the Area Commanders and DPOs in all 20 Local Governments and 37 Local Council Development Areas in the State to ensure the safety of both commuters and the operators of the FLM buses.

Recall that 500 FLM buses and 100 High-Capacity buses were launched by Mr Babajide Sanwo-Olu, Governor of Lagos State, on 18th May 2021 to enhance passengers’ connectivity between inner and major routes in the State.