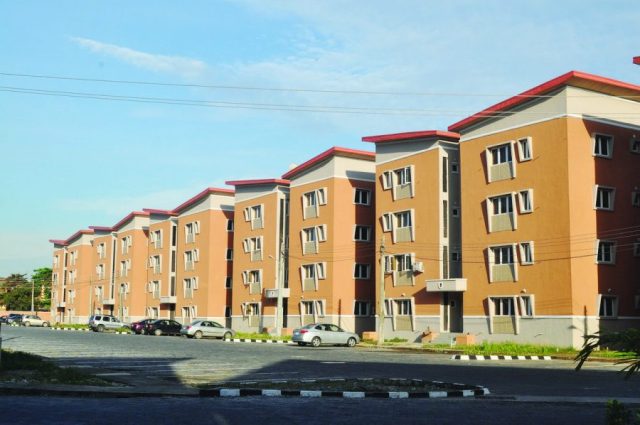 The Federal Government and the Lagos State Government have taken steps to leverage into the housing sector’s potential in order to alleviate the economy’s pressures.

The two made the announcement at the National Council on Lands, Housing, and Urban Development’s 10th Meeting in Ikeja, Lagos, yesterday.

The council is the country’s highest policy advising body for the housing industry.

Ode-Martins, Director of Planning, Research, and Statistics at the Federal Ministry of Works and Housing, said the 10th conference would be optimized to collect submissions that would serve as the foundation for policies aimed at maximizing opportunities for economic revitalization in the sector.

Ode-Martins stated that the council would take conclusions from the discussions, which he believes will be useful in formulating strategy to revitalize and reposition the sector for economic development.

Mr. Wasiu Akewusola, Chairman of the Local Organising Committee for the 10th Meeting and Permanent Secretary of the Lagos State Ministry of Housing, highlighted in his statement that the housing sector has enormous potential for job creation.

“Directly or indirectly, job is being created through the construction of houses any where in the world. That is how the economy is stimulated. When we put more money in the housing sector, you will create more jobs certainly,” he stated.

The summit, according to Akewusola, was created against the backdrop of various economic concerns such as joblessness and social explosion, as well as the pandemic COVID-19, which necessitated intervention to address the issues.

The conference, he said, would focus on how to “revitalize the economy through rapid and inclusive housing creation.”

Akewusola emphasized that the sector’s potentials contain significant potential for contributing to the challenge of reviving the economy.

According to her, the Ministry of Finance, in collaboration with key organizations such as the Lagos State Mortgage Board and the Lagos State Development and Planning Commission, has made significant progress.

The State Government’s Property Corporation (LSDPC) has been working diligently to secure the development of affordable housing in order to close the deficit gap.

Salako revealed that a number of housing schemes, including the expected Igbese 480 units bedroom apartment of various types, over 770 units of dwellings in Sangotedo, and another 3,500 units of two bedroom flats, would be completed shortly to complement the existing plans across the State.

She also stated that the state government is committed to regulatory measures to ensure that unsuspecting citizens are not defrauded by unscrupulous real estate practitioners – a development she claimed necessitated the establishment of the Lagos State Real Estate Regulatory Authority to protect the state from quackery.

Tpl. Olutoyin Ayinde, the National President of the Town-Planners’ Association of Nigeria and former Lagos State Commissioner for Physical Planning and Urban Development, said it was critical for government at all levels to plan for housing development, claiming that “if we do not plan, we will perish.”

According to him, increasing economic demands on the country’s limited land space, combined with population growth, necessitate strategic planning.

He maintained that when government refuse to invest in preparations of plans and implementation of those plans, there would be challenges for the economy.

“I believe this is one of the necessary conversations that we must continue to have because Nigeria is yet to be at the level it is supposed to be in terms of housing.

“I think it is an opportunity for us to begin to rethink our housing policies and our planning. It is only when we think these things through and we commit ourselves to it that we are able to become better in terms of housing provision,” he said.

Larfarge Representative, Engr. Femi Yusuf, said the challenges of using traditional patterns for building houses have been contributory to the problems of housing in the Country, stressing that the speed and finishing quality of structures could be vitalised by newer technologies.

Speaking on the use of alternative energy technologies in the housing sector, Edina Okodi-Iyah, a representative of the Nigerian Energy Support Programme (NESP), stressed the importance of incorporating alternative energy sources for efficiency systems in new building designs, which she believes will help to reduce energy consumption.

The challenges of using traditional patterns for building houses, according to Larfarge Representative Engr. Femi Yusuf, have contributed to the country’s housing problems, stressing that newer technologies could boost the speed and quality of structures.

Newer building technologies, he claims, provide for greater flexibility, speed, sustainability, and efficiency, potentially allowing structures to be built in as little as 18 hours.