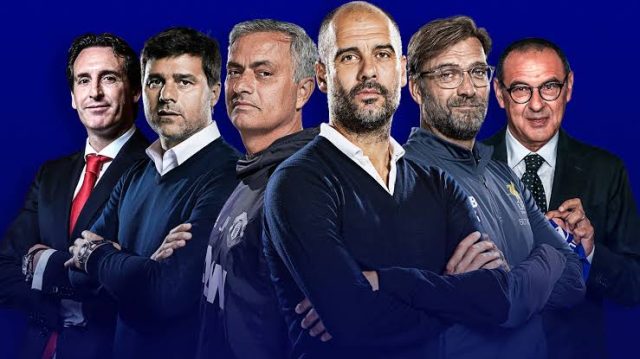 The English Premier League (EPL) managers will meet on Monday to discuss the Covid-19 crisis affecting the League, with Newcastle’s Eddie Howe saying the top flight’s integrity is at stake.

The Premier League has already postponed five of this weekend’s 10 scheduled matches due to positive Covid tests, and Aston Villa manager Steven Gerrard said a meeting will be held to discuss managers’ “concerns and unanswered questions”, in particular, the criteria used by the Premier League to grant postponement requests.

According to Howe, the incomplete fixture list is making the league “disjointed” and fears that if more games are cancelled in the coming days, the integrity of the competition might be called into question.

“I don’t think we want half the games played and half not played,” he said.

“The league really loses something if it becomes disjointed in terms of games played. When you start losing players to Covid then the worry is the competition becomes slightly unfair and I don’t think anyone wants to see that.

“A decision needs to be made to ensure integrity is maintained in the competition. I think it is on a knife edge.

“People want to see a fair league and not disparity in games and players missing.

“I’m desperate to continue the programme myself but the welfare of the players and supporters has to come first.”

Howe’s side will face champions Manchester City on Sunday.

Pep Guardiola has been cleared to travel with his team after testing negative for Covid. The Manchester City manager had to cancel his prematch press conference earlier on Friday after returning an inconclusive result that necessitated a follow-up test.

The best thing anyone (including footballers) can do to protect themselves, co-workers and loved ones is get vaccinated and get boosted.

I’m grateful to the many footballers and sports stars who HAVE used their role model status and social media reach to promote vaccinations. https://t.co/epiAvhEKUZ

Liverpool manager Jurgen Klopp is not against temporarily stopping the Premier League due to mounting Covid cases, but added: “I just don’t see 100 per cent the benefit of it.

“Stopping the league means we stop now for one to two weeks, it means (missing) five to six games. So when do you want to play them?”

According to Gerrard, managers and top-flight captains will discuss criteria for postponement, after a number of bosses demanded clarification.

“On the back of what a lot of managers have said, we want the same thing which is for the game to continue. There are obviously a lot of concerns and a lot of unanswered questions,” he said.

After his club’s request to postpone their season-opening match at Brentford was turned down, Arsenal boss Mikel Arteta has reiterated the need for clarity.

Supporters are advised to be prepared to show NHS COVID-19 status certification in order to attend matchdays at Villa Park, starting from Saturday’s Premier League fixture against Burnley.

“We have been here on the other side of the table (at the start of the season) where we had all the arguments in the world to not play a football match and we ended up playing it,” the Spaniard said.

Premier League clubs voted on the rules governing postponements in Covid-19, and the rules are set out in Appendix 17 of the 2021-22 handbook.

Clubs are urged that permission for postponement will not be granted if 14 or more players are available.

There is an expectation that clubs will utilise under-21 players who have experience in either the Premier League, the EFL or overseas.

The board will consider medical advice from clubs on whether it is deemed an uncontrollable outbreak in which case it would be unsafe to bring players together.

Spurs’ match against Brighton last Sunday was the first to be called off due to the outbreak of Covid-19 at the club.

They are now set to play Liverpool today, and manager Antonio Conte has said they are looking forward to it.: “We are ready to follow the rules and I think it’s the most important thing. If there are rules, then for sure the rules have to be the same for all the teams.”