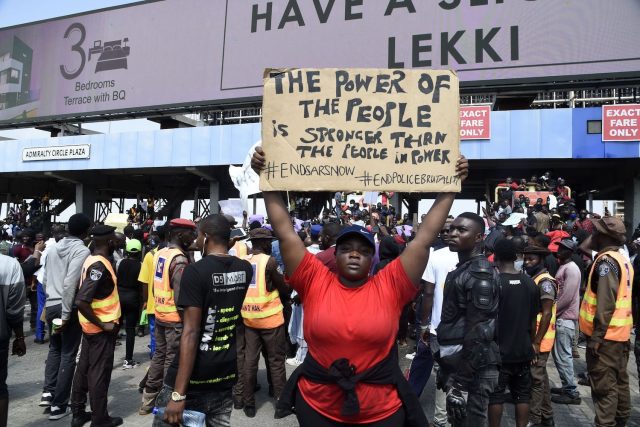 As a response to the commemoration of the one-year anniversary of the #EndSARS protests, Nigerian youths and celebrities have been forced to change their mode of operations as regards the anniversary, due to the stance the government and the Nigerian Police Force are taking over the issue.

The Lagos State Commissioner of Police, Hakeem Odumosu, has warned residents of the state against street protests for the foreseeable future.

Earlier today, Nigerian artist, Folarin Falana, as well as popular skit maker and activist, Debo Macaroni both took to the social media pages to announce that the protest will be in form of a drive-by, warning all interested participants to come in their cars, as no one will be protesting on foot.

The memorial procession is scheduled to hold on Wednesday, October 20, 2021, to mark the anniversary of security forces firing on peaceful protesters at the Lekki Toll Gate last year.

Organisers urged protesters to only pass through the toll gate in cars to avoid police harassment witnessed during last October’s historic demonstrations against police brutality.

However, Lagos Command spokesperson, CSP Adekunle Ajisebutu, said in a statement on Tuesday, October 19 that only indoor and virtual commemoration events will be allowed by authorities.

The CP said the Force won’t allow street protests because there are reports that anti-EndSARS protesters also plan to protest on Wednesday, which might prompt a clash.

“In view of the conflicting interest between the pro and anti-EndSARS anniversary groups and threat to cause mayhem, the Command once again warns both groups against any form of street protest between now and 20th October, 2021 and beyond,” he said.