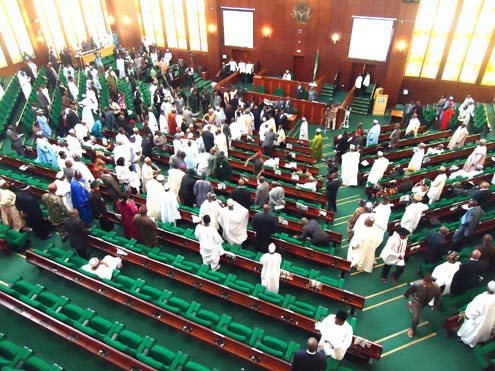 The House of Representatives called on the federal government to deploy special forces in the Nigerian Police Force, Nigerian Army and Nigerian Navy to rescue kidnapped persons in Lagos and other parts of the country.

Furthermore, the House demanded that the federal government train Special Forces from across the security agencies, who will patrol the nation’s waterways, creeks and highways.

Resolutions were adopted in response to a motion sponsored by Hon. Mufutau Adewale Egberongbe, titled: ‘Urgent Need to Curb Incessant Kidnappings in Lagos and Other States across the Country’.

In moving the motion, Egberongbe noted that Nigerians are faced with almost daily news of abductions occurring throughout the country.

Referring to reports appearing in national newspapers that there is a resurgence of kidnapping in Lagos State that many people were kidnapped within a few weeks with the kidnappers demanding huge ransoms for their release, he expressed concern that the kidnappers always escape with victims through the waters and hide in the creeks as they wait for the ransom.

In addition, the lawmaker lamented that the kidnappers have targeted commuters in several locations across the country in their various hideouts. He then noted that when the victims are brought to the various hiding places, the female victims are often sexually abused victims while some victims are killed and their corpses abandoned in the bush.

Adopting the motion, the House mandated its Committees on Police Affairs, Army and Navy to ensure compliance.

During the plenary, the lawmakers adopted a motion sponsored by Hon. Kolawole Taiwo Musibau urged the Minister of Education to direct all relevant agencies and institutions under his jurisdiction to update and develop a functional educational curriculum for schools of all levels.

Musibau, who moved the motion, had expressed concern that scholars and education administrators are either unwilling or unaware that urgent steps are needed to improve Nigeria’s national curriculum to positively impact the productivity of youths.

Nigeria’s educational system, he said, has remained stagnant, even though most countries have realized the flaws in their educational system and are either changing or are taking the initiative to implement a system that prepares youth for employment and entrepreneurship.