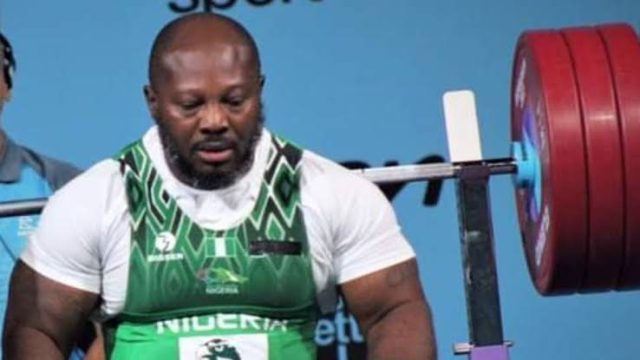 Nigeria’s captain to the 2022 Commonwealth Games in Birmingham, Innocent Nnamdi, on Thursday won a bronze medal in the men’s lightweight para-powerlifting event.

Nnamdi’s successful lift of 190kg for a total point of 132.5 was not enough to secure the gold medal.

The silver medal went to Mark Swan from England with 145.5 points, leaving Nnamdi in third place.

Another Nigerian, Thomas Kure, finished fourth with the same points total as Nnamdi, but he recorded a lift of 180kg.

In the final of the women’s event, Nigeria’s duo of Onyinyechi Mark and Latifat Tijani were disqualified but the country filed an appeal to the International Paralympic Committee (IPC).