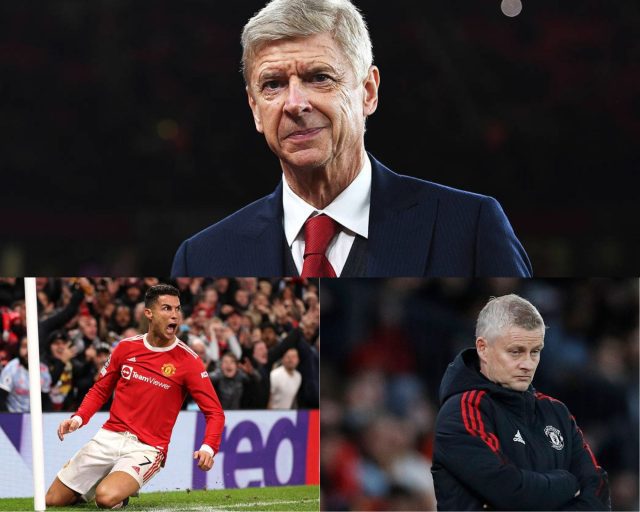 According to Arsene Wenger, the signing of Cristiano Ronaldo has created new problems for Ole Gunnar Solskjaer.

United have failed to win any of their last four Premier League games and have won only three of their last nine matches across all competitions.

In a chat with TribalFootball, Wenger believes that while Ronaldo may have scored goals since his arrival, the team has had a decline in results this year despite the fanfare around his arrival.

He said, “I wouldn’t say it was a mistake but certainly some emotional impact was in there because he has been a fantastic player,” said Wenger.

“No, I believe Ronaldo can still score you the goals you need. Can he repeat every three games, very high-intensity games? That’s certainly less the case today but let’s not forget he was the hero three days ago.

“When you buy a player like that, the secret is the balance of the team. To play Ronaldo, he can win you games, but you need to create the balance around him.”