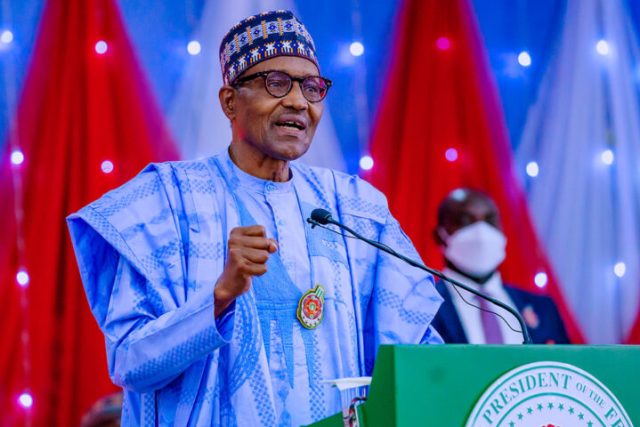 President Muhammadu Buhari has rejected state police yet again. He believes that most states will be unable to fund it. He is also concerned that it will be abused.

Many Nigerians, including governors, have advocated for state policing as a viable solution to the country’s escalating insecurity.

The governors, however, are not permitted by the Constitution to be armed with sophisticated weapons.

During an interview on Channels on Tuesday night, President Buhari cited the strained relationship between governors and local governments as one of the reasons why establishing state police is not a good idea for the time being.

He also expressed concern that if the system is implemented as it is currently set up in the country, governors will most likely abuse it.

Answering a question, the President said: “State police is not an option.

“Find out the relationship between local governments and the governors.

“Are the third tier of government getting what they are supposed to get constitutionally?

“Are they getting it?

President Buhari had previously expressed his reservations about the idea.

In a May 2018 interview, he said: “I want the Nigerian Constitution to be consulted first and see what it says.

“But don’t forget, how many times did we have to release money to states in the name of bailouts to enable them pay salaries?

“How many states are able to pay their workers in time?

“And you add the police to them? People should look at this matter well.

“No, I am not convinced…Can the states be able to shoulder the burden of the police?

“You cannot just give someone guns and ammunition, train him and refuse to pay him; you know what will eventually happen.”