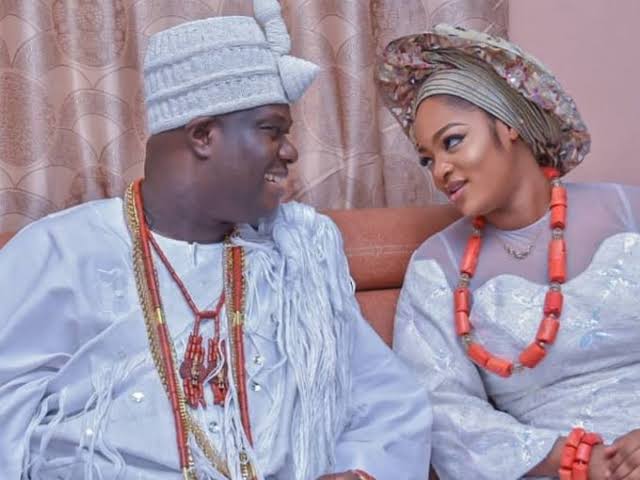 Ooni of Ife’s Queen, Naomi Silekunola, has this morning denounced the throne and ended her three-year marriage to the king.

This she did in a statement via her verified Instagram handle.

She wrote, “Today I announce the beginning of a new dawn and the close of a chapter. Today, I am a mother to God’s unique gift. I am no longer a slave to my thoughts of perfection. I, at this moment, announce that I shall no longer be referred to as wife to the Ooni of Ife or as Queen of Ile-Ife but as the Queen of the people and mother of my adorable Prince.”

The ex-queen went on to state how she endured and overlooked things in the three years she was married to the king.

According to the mum of one, throughout their union, she was the only married woman to the Ooni.

Part of her caption reads, “Few impressions I would love to correct. If anyone knows otherwise, they are free to come up with facts. Let it be known that this decision to move on did not come because his majesty is married to another queen.

“As many would love to assume, throughout our life as a couple, I was the only married wife to him. There were side attractions, but it was never an issue”