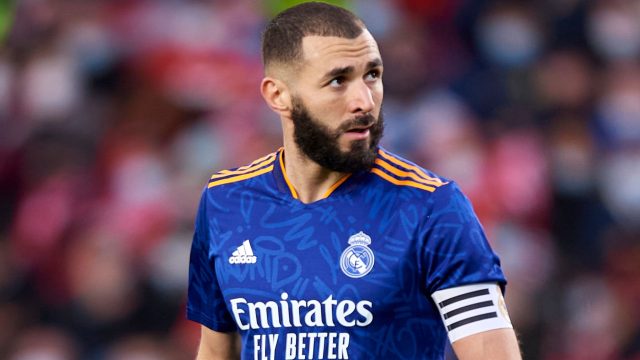 Karim Benzema has been bagged a one-year suspended sentence after he was found guilty of blackmailing a French teammate with a sex tape.

Prosecutors allege that in 2015, Benzema approached Matthew Valbuena at a France training camp and convinced his teammate to pay off four men who had gained possession of an alleged sex tape featuring Valbuena.

Leading the French police to begin an investigation into the blackmail. Later, they discovered messages from Benzema that indicated he was working with the other men to extort Valbuena. The striker was recorded saying, “Valbuena is not taking us seriously.” in one conversation.

The Real Madrid forward has always maintained he was trying to help his Valbuena find a way out of the situation.

This incident led to the expulsion of both players from the French team.

NFF may sign Eguavoen on a permanent basis, as it halts talk with Peseiro

AFCON 2021: Battle of the Eagles as Nigeria takes on Tunisia in the Round of 16

Transfer news: Ronaldo gives warning before transfer request, Lewandowski on his way out of the Allianz Arena