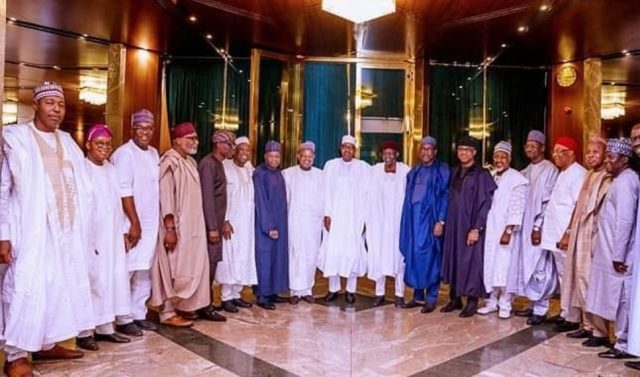 The Progressives Governors Forum (PGF) has assured that the National Convention will be held in February.

Governor Atiku Bagudu of Kebbi and Chairman of the PGF; an umbrella body of governors on the All Progressives Congress (APC) platform said this to journalists in Abuja after a closed-door meeting on Sunday night.

“We discussed our upcoming convention, which you may recall I had cause to address the press after we visited President Buhari in November 2021, where the president and the party agreed that the convention would take place in February.”

Bagudu said the February date which is yet to be announced as approved by President Muhammadu Buhari was sacrosanct and still feasible.

He said the APC Caretaker and Extraordinary Convention Planning Committee (CECPC) was best positioned to announce a specific date.

“We are one group of stakeholders in the party and our party respects institutions. The appropriate organ of the party that will announce a date for the national convention is the CECPC,” he said.

According to Bagudu, the meeting passed a vote of confidence on the Buni-led CECPC and two other governors, Muhammed Bello of Niger and Gboyega Oyetola of Osun.

In addition, the governors noted that the party had been successfully run and people were mobilised.

“We took inputs about the reviews, and we noted all the misrepresentations in the press that we seek to correct that the PGF is one united body, as you can see evidently from the attendance.”

Bagudu explained that the forum’s decision was unanimous, adding that it was united behind the president and the party’s caretaker committee.