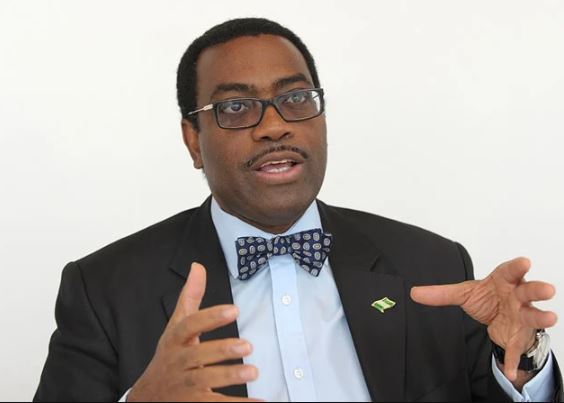 The report has it that, if there are no last-minute changes, the President of the African Development Bank(AFDB), Dr Akinwumi Adesina, will be unavailable from today’s screening exercise of All Progressives Congress for presidential aspirants.

Following the report from a source close to the former Agric Minister, there are still controversies about his candidacy, especially as regards his acceptance to join the race.

It was reported last week that a coalition of 28 youths, women, farmers and persons with disabilities, obtained copies of the APC presidential nomination and expression of interest forms for the AfDB President.

From an acceptance payment slip spotted in a report on Saturday bearing Adesina’s name, the association consisted of Youth Arise Movement, Nigerians in Diaspora, One Nigeria Group, Prudent Youth Association of Nigeria, women groups, farmers, PWDs and other civil society groups, raised the N100m fee to purchase the forms.

Speaking shortly after the forms has been obtained at the International Conference Centre, Abuja, Leader of the Youth Arise Movement, Ademola Babatunde, said, “We are 28 groups precisely that came together after a very serious consultation, deliberations on the way forward for a better and united Nigeria; we unanimously decided that though the money is outrageous, if we truly want a better future for ourselves and our children and our land of birth and soil of origin, we must put our resources together to obtain the forms for Dr Akinwumi Adesina.”

A day after paying for the forms, however, the association made mentioned that it did not have the permission of the AfDB Boss to purchase the forms. More so, it has been unable to reach the banker.

The association maintained that they were convinced that Adesina remained the best man for the job.

As of early Friday, which is the deadline for submission of the forms, there were no indications that the group had returned the forms on Adesina’s behalf.

The report has it that, the leader of one of the 28 groups who purchased the N100m forms revealed that they had not got a clear word from Adesina.

Speaking anonymously, the leader said, “You see, we purchased the form last Saturday. But there are no indications that he has accepted to run. Even today, we have not got him to fill the forms, talk less of submitting it against the screening on Saturday.

“So, it is still not clear whether he would even be at the screening since he is yet to indicate interest.”

There are so far 28 aspirants who have either obtained the APC presidential forms.

They include former members of President Buhari’s cabinet who recently resigned from their positions to pursue their various political ambitions.

As of the time of filing this report, the party has yet to publicise the names of the members of the screening committee.

Following its adjusted schedule of activities and timetable for the 2023 general elections, screening of State House of Assembly aspirants began on Friday, while governorship, House of Representatives, Senate and presidential aspirants will be screened on Saturday.