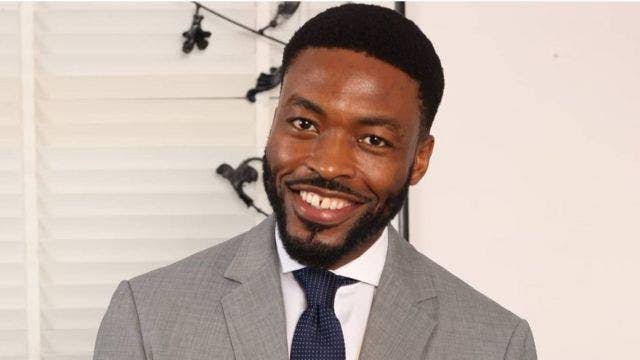 Late Fabura was known for his acting roles in ‘God Calling’ and ‘Smart Money Woman’ series.

The actor’s sister, Stella, confirmed the news via her Instagram page on Wednesday.

Sharing a picture of her late brother,she wrote, “He was a warrior. Now he’s an angel in heaven. Rest on, my darling brother Karibi. We will only remember the good times.”

The actor had revealed in December 2020 that he was battling cancer as he shared a video of one of his therapy sessions.

He got married to popular fashion entrepreneur, Yolanda Okereke, in 2018.

Arese Ugwu, producer of the ‘Smart Money Woman’ series, mourned the late actor saying, “Such sad sad news. Life can be so cruel. RIP Karibi Fubara. Ours was a professional relationship but you were always so kind, so ready to work, such a team player, such a stand up guy with such an incredible talent.

“The world has been robbed of your light. Thank you for everything. My prayers are with your family and friends in this difficult time. May God give them the strength to deal with this loss. Rest in Power King.”

Actress Osas Ighodaro wrote, “Rest In Peace, Karibi. May God comfort @yolandaokereke, @kalanne_fubara and the entire family. Karibi, you were such an awesome, passionate and cool guy.

“From New York to Nigeria, we worked together. You always had such a good spirit and filled with positivity. I literally messaged you a couple weeks ago to see how you were but didn’t hear back. Sighhh . You will surely be missed warrior.”